To fully soften hard water, you need to pass it through a large tank of brine solution. This solution may soften water at first, but it would require constant regeneration to flush the captured minerals and prepare for the following water softening session. That is something that can’t be achieved inside a water softener shower head.

All in all, a water softener shower head might not be the best option to treat hard water in your pipes. In this article, we will reveal various options that could actually soften shower water. We’ll also discuss the various benefits of showering with soft water. Read on if you hate dealing with dry skin and brittle hair after taking a shower.

How Does A Water Softener Work?

A water softener works by removing calcium, magnesium and other minerals from water. It achieves this objective by passing the hard water through its mineral or water softening tank. The tank contains beads filled with positively charged sodium ions.

To replenish the sodium ions lost during the water softening process, water softeners rely on a brine solution. This is a solution of sodium chloride or salt. As for the captured calcium and magnesium ions, the water softener flushes them through the drain.

As you might have guessed by now, the water softening process is too complicated (and too time-consuming) for a water softener shower head to do it properly. Although some people swear by Shower Envy shower heads.

You’d be better served to try these options to soften your shower water.

How Can I Soften My Shower Water?

Having explained why water softener shower heads might not be the best option to get soft water, let’s turn our attention to the water filtering options that would ensure that you shower with soft water.

Reverse osmosis systems not only remove hardness-causing minerals from water. You can also count on them to remove chromium and lead. The US Center for Disease Control states that RO systems may also reduce arsenic, fluoride, nitrate and various other chemical contaminants. 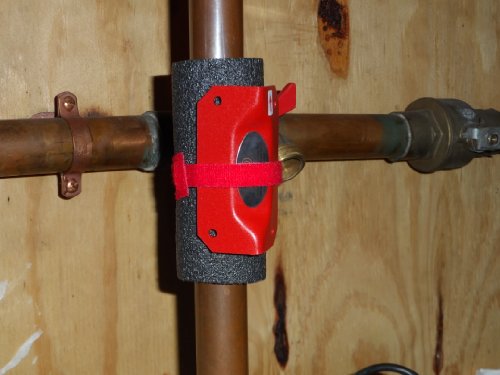 Keep in mind that there are still question marks about the effectiveness of magnetic water softeners. For every user that claims their water’s hardness levels nosedived after using these water softeners, there is another that doubts their efficacy.

Once they have treated a large volume of hard water, ion exchange water softeners require regeneration of the resin beads. That is where the brine solution comes into play. The brine solution refills the quantity of sodium ions, preparing the beads for the upcoming softening cycles.

See this article to learn more about ionic shower heads and if they work.

Benefits of Showering with Soft Water

Here’s why you might want to shower with soft water:

Water softener shower heads work on the principle of ion exchange. They exchange the hardness-causing minerals (calcium and magnesium) with sodium chloride (salt). This results in the reduction of water’s hardness.

A good water softener shower head could last for years, although their cartridge might require replacement every three to six months, depending on use.

If you suspect that you’re showering with hard water, and want to do something about it, don’t count on a water softener shower head. Instead, a reverse osmosis filtration system, magnetic water softener or whole-house water softener might be better bets.