Ionic shower heads can reduce water’s hardness and help make your skin more youthful, at least that’s what their manufacturers want you to believe. However, the crucial question remains: are ionic shower heads any good?

Health experts don’t think ionic shower heads work. That’s because it is quite hard for anything, let alone a shower head whose contact time with water is a few seconds, to improve the quality of water if it isn’t adding any supplements or chemicals to it.

What’s more, we’re yet to see any human evidence that could prove that ionic shower heads offer the benefits their manufacturers associate with them. As a result, if you’ve yet to spend your money on an ionic shower head, here’s our advice: do it with caution.

What are Ionic Shower Heads?

According to their manufacturers, ionic shower heads work by subjecting your shower water to a process known as ionization. This process uses positively and negatively charged electrodes (conductors of electricity) to separate the incoming water into acidic and alkaline water.

This process not only splits water particles into positively and negatively charged ions. Apparently, it makes the water less hard, too. This means that you can easily think of ionic shower heads as a water softener-cum-ionic filter. One that removes toxins and reduces water hardness.

Manufacturers say that both these processes – the removal of toxins; the reduction in hardness – bring about various benefits to anyone bathing with an ionic shower head. These benefits include an increase in focus, more energy, less body toxicity, etc.

Why are Ionic Shower Heads Not Worth It?

Here are three reasons why you shouldn’t waste your money on an ionic shower head: 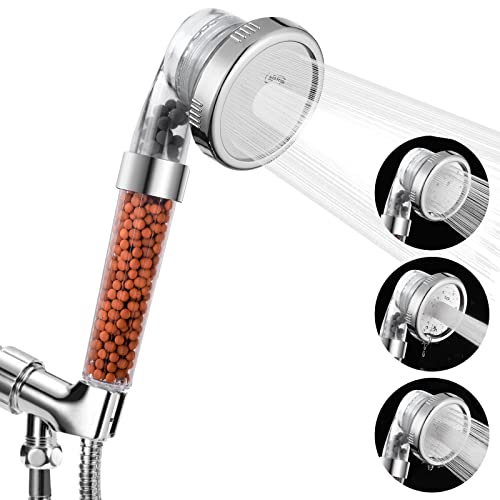 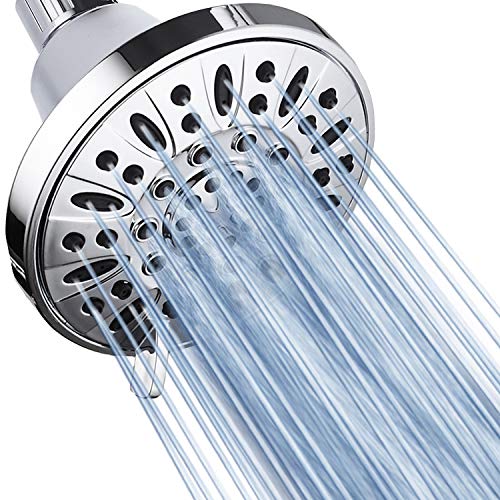 If you’re looking for Shower Envy reviews, check out this article.

Do ionic shower heads need to be replaced?

Ionic shower heads need replacement just like your average shower head, especially if your area has hard water. Hard water’s minerals might build up inside the shower head, reducing the water’s flow rate. That’s why we suggest that you replace your ionic shower head following 6 to 12 months of use.

Ionic shower heads do increase water pressure. They have a jet just behind the shower head’s water pores that ensures that the stream of water coming out is extremely concentrated. As a result, if you set them at the ‘high’ setting, you will get higher water pressure than you’d from your average shower head.

There is no evidence or studies that could prove that ionic shower heads, or water softener shower heads in general, soften water. If you want to soften hard water, consider installing a whole-home water softener. It will reduce your water’s hardness by exchanging its calcium, magnesium and other ‘hardness-causing’ ions with sodium/salt.

How do you install an ionic shower head?

Ionic shower heads aren’t capable of reducing water’s hardness. There is also little evidence that could link them with removing chlorine from your water supply. That’s why health experts, chemists and scientists have reportedly rejected various health benefits associated with ionic shower heads.

Having said that, if you compare them with your average shower head, ionic shower heads are still a better choice. They offer a much higher water pressure, are relatively easy to clean and last much longer than their ‘non-ionic/traditional’ counterparts.