Drinking shower water might be hazardous to your health. Along with shower water, you might be consuming chlorine from the city’s water supply, rust and lead from old pipes, contaminants from the water tank, and (possibly) mold from your shower head.

That isn’t to say that you should keep your mouth shut in the shower. It’s just that you shouldn’t make a habit of drinking shower water. Unless you’ve your shower water tested for impurities, bacteria and toxins, you could never know for sure whether it’s safe to drink.

If you’re still wondering whether it’s safe to drink shower water, you might want to read on. We’ve discussed in much detail the factors that could make your shower water safe (or unsafe) to drink. Consider all those things before you think of opening your mouth in the shower.

Is Shower Water Safe for You?

Drinking shower water is unsafe in most cases, especially if there is a “rotten egg” smell coming off the water. This odor indicates that your shower water contains hydrogen sulfide, which, at high concentrations, may end up causing diarrhea and dehydration.

Another reason why shower water might be unsafe for you is because it’s mostly warm or hot, indicating the possible presence of bacteria. When your water heater cools down after heating up, the resulting environment is ideal for the growth of bacteria.

The final reason why you should think twice before drinking shower water is lead, especially if you have old water pipes in your home. These worn-out pipes are more often than not the hotbed of lead, which they can then transfer to your shower water.

When Drinking Shower Water is Bad

Here’s what you need to keep in mind before you consider drinking shower water:

How you store water is a crucial factor to keep in mind when determining the drinking safety of your shower water. Most homes have separate water sources for the bathroom and kitchen, or they may come from the same tank. Either way, if the tank is uncovered, it may contain contaminants.

Even if your water tank is fully covered, it’s an open secret that stagnant, low circulation water sources might quickly become a hub for harmful bacteria. Stagnation might arise due to an abnormally large tank, or issues causing poor flow or blockage in your water system.

Do you live in an older home? Can’t remember the last time you had your pipes changed? Chances are that your old pipes are full of lead or other harmful chemicals. Lead pipes are extremely dangerous because they enable small amounts of the chemical to leach into your water supply.

Lead poisoning is also a major concern. Its symptoms include abdominal pain, abdominal cramps, headaches, irritability, constipation and aggressive behavior. Experts warn that lead poisoning might be fatal, too.

Are you using a water softener to treat hard water? Or perhaps using a water softening shower head? It turns out you’ve treated water that was “probably” safe to drink to one that is “definitely” isn’t. Hard water might cause dull hair and skin irritation, but, in the short term, it won’t endanger your health.

That, however, isn’t the case with softened water. Most water softeners use sodium to remove hardness from water. They’re successful in treating hardness but end up making water unsafe to drink, as high levels of sodium are proven to be hazardous for your health.

Does your shower water pass through a water heater before making its way into your bathroom? The bad news is that even if it were safe at the source (in the water tank), its short-lasting journey through the heater might have made your shower water unsafe to drink.

Water heaters have an intermittent cycle of heating up and cooling down. This makes them ideal for the growth of bacteria, which thrive in a similar ‘hot-cool-hot’ environment. That’s why we suggest that you don’t drink hot or warm shower water.

Are there stains on your shower head? Does close inspection reveal the presence of mold on or inside it? If yes, then you should give up the thought of drinking shower water.

The presence of stains indicates that your water is hard. Washing your hair and skin with hard water can leave both of them dry. Drinking water from a moldy shower head, meanwhile, can expose you to respiratory problems, diarrhea, and nausea.

If you’re concerned about bacteria and contaminants in your water, you might consider a shower head filter. The Aquabliss showerhead will block Chlorine, pesticides, and dirt from entering your water. 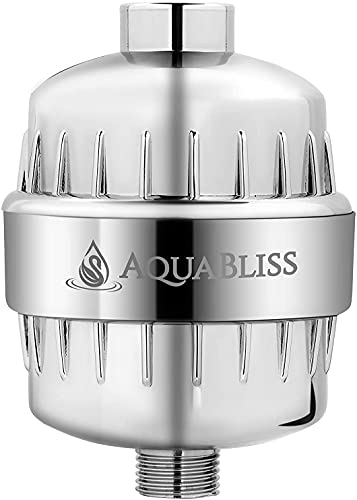 Is it safe to drink boiled sink water?

According to the US Center for Disease Control and Prevention, it’s safe to drink sink water after you’ve boiled it. That’s because boiling is one of the most effective methods to kill viruses, bacteria, parasites and other disease-causing organisms.

Is toilet water the same as shower water?

In most cases, toilet water is the same as shower water. However, you don’t need to worry about your shower water mixing with water used for cleaning your toilet. Every water system comes with an anti-siphon device or an air gap that prevents the mixing of toilet water with shower water.

Can you drink filtered shower water?

Drinking shower water isn’t likely to prove fatal, but we still discourage this practice. You never know the hidden bacteria, chemicals, toxins and contaminants your shower water may have absorbed between its journey from the water tank to your bathroom.

However, if you’ve a habit of drinking shower water, you can overcome it by bringing a water bottle in the bathroom with you. This way, whenever you’d feel thirsty, you can step out of the shower and take a few sips from the bottle to quench your thirst.

Is an Expansion Tank Required by Code? Do’s and Dont’s

PrevPreviousShould Reverse Osmosis Be Installed Before or After a Water Softener?
NextDoes Baking Soda Make Pool Water Clear? How to Clear a Cloudy PoolNext
Related Posts

Is Water from an Air Conditioner Safe to Drink? Condensate Water for Humans and Pets

Air conditioners are great appliances that make summers more enjoyable and more bearable. Because they run during