Taking a shower with sulfur water is perfectly safe. The presence of sulfur in water, which mostly gives off a “rotten egg odor”, has no known health effects on your health or overall wellbeing. If you can tolerate the smell, there’s nothing wrong with showering in sulfur water.

In this article, we’re going to take a look at what sulfur water is, where it comes from, and how you can detect the presence of sulfur in your water. We’ll also discuss the various effects of sulfur water and give you tips on how to treat it. Read on to know more.

What is Sulfur Water?

Sulfur water can be easily detected if your water smells like eggs. This smell is produced by the waste of bacteria that produce the hydrogen sulfide (H2S) gas. These bacteria live in the soil and rely on sulfur as their energy or food source.

Is Sulfur Water Safe To Drink?

Sulfur water is safe to drink as long as the concentration of hydrogen sulfide and sulfates is low, which is the case in most instances. However, if your drinking water contains too much sulfate, it might lead to diarrhea, dehydration and dehydration-related complications.

To check your water’s sulfur levels, you could use a Sulfur Stick. Locking like an oral thermometer, the Sulfur Stick has a glass tip on one end that needs snapping off. Next, place the Sulfur Stick in a glass of drinking water for three minutes, before reading the level of sulfur in the glass tube. 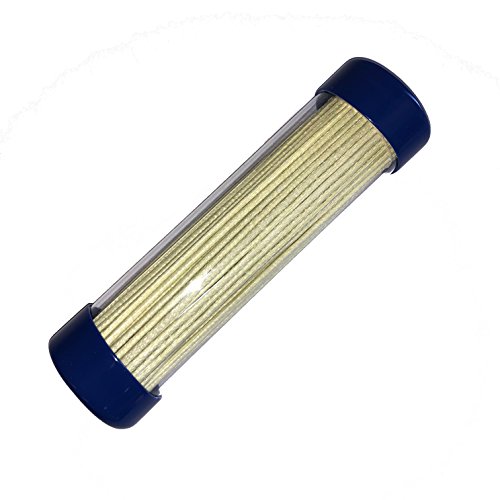 Is Sulfur Water Good for Your Hair?

Drinking or bathing in sulfur water might be good for your hair. This can be said based on the results of a study that showed that subjects with mild to moderate hair scaling experienced a reduction in hair dandruff after bathing with a sulfur-based shampoo twice a week for five weeks.

Another study was able to draw a link between sulfur levels in human hair and albumin, a protein made by your liver. Albumin is known to protect your hair from drying damage by keeping them soft, flexible and greasy. Its correlation with sulfur proves that sulfur, too, might be beneficial for your hair.

Is Sulfur Water Good for Your Skin?

Sulfur water might be good for your skin. Research has shown that it exerts antipruritic (or anti-itching) effects on the skin. Antipruritic effects are the same that anti-itching drugs produce to inhibit the discomfort associated with eczema, rash, dermatitis, and psoriasis.

Another way sulfur water might benefit your skin is by protecting it from oxidative stress. Research has shown that hydrogen sulfide, the primary component of sulfur water, acts as an antioxidant to protect the skin from chronic inflammation, which, if left untreated, could cause collagen fragmentation.

Researchers involved in another study have proposed hydrogen sulfide to be used as a therapeutic intervention to treat skin fibrosis. The researchers made this proposal after the results of a study they were involved in showed that H2S might be beneficial against skin fibrosis.

What is Bad about Sulfur Water?

Sulfur water might be innocuous for your health and overall wellbeing, but it may stain your faucets, sinks, toilets and even plumbing. Sulfur water may also make washing your clothes difficult by reducing the effectiveness of the washing detergent.

How To Remove Sulfur from Water

Various methods exist using which you can remove sulfur from water. The technique that will come in handy for you depends on many factors. These factors include how much sulfur your water contains, how much iron and manganese it contains, and if there are any bacteria in the water.

The chlorine bleach method will come in handy if your water contains medium to high levels of hydrogen sulfide. This method requires you to arrange a contact tank and a backwashing carbon filter. Also wear gloves during the whole process.

Here’s how you can remove sulfur from your water using chlorine:

The hydrogen peroxide method deserves your attention if you have sulfur, manganese and iron in your water supply. This method doesn’t require a contact tank as hydrogen oxide oxidizes sulfur (whereas chlorine disinfects it).

Keep in mind that the usage of hydrogen peroxide in private individual systems has been limited. That’s why we suggest you hire experts who have the necessary equipment as well as the license to do the job safely and effectively.

It’s perfectly safe to shower in sulfur water. Doing so won’t endanger your health or wellbeing. Having said that, the presence of sulfur water in your plumbing might cause it to rust or corrode over time. Especially if the sulfur water contains high amounts of hydrogen sulfide.

So if you discover that characteristic sulfur in water smell, it’s best to get it treated immediately.

Is Water from an Air Conditioner Safe to Drink? Condensate Water for Humans and Pets

Air conditioners are great appliances that make summers more enjoyable and more bearable. Because they run during