In this article, we’re going to take a more in-depth look at non electric water softeners and how they work. We’ll also examine some of the pros and cons of using a non electric softener and some of the ins and outs about how they operate.

What is a Non Electric Water Softener?

A non electric water softener is an appliance that removes harmful minerals in water and creates “softer” water. These minerals include calcium and magnesium and they can harden and discolor water, which is where a water softener comes into play. 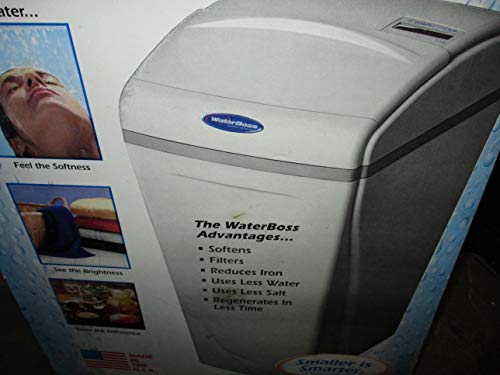 The softening process is completed by using a special water softening resin that attracts hard minerals and removes them from the water. The resin acts similarly to a magnet in that it attracts the minerals from the water as it flows over top of it. By removing these minerals, the water becomes softer and more user friendly.

A non electric water softener is so named because it doesn’t require electricity to work. In spite of this fact, non electric softeners fulfill the same function as their electric counterparts and still do an excellent job at softening your water.

How Does a Non Electric Water Softener Work?

During this regulation, the module controls the brining, rinsing, backwashing and shifting of water between the two tanks and makes so that each tank has the right amount of water. A water meter aids in this process and controls the water levels in each tank, shifting water from one to the other as needed.

The use of the two tank non electric system reduces the amount of salt and water that is used to soften the water. This process also reduces the lapse time in the availability of conditioned water, making it more accessible when you need it most.

Using a non electric water softener instead of an electric one has several benefits. If you’re on the fence about which one is right for you, take a look at the list below.

As a result of saving electricity, you’ll also save money on your electric bill every month. Non electric water softeners also require less salt to operate, which means that you won’t be spending as much money on salt.

Great for only slightly hard water

Don’t require much salt for regeneration

While non electric water softeners have many advantages, they also have a few disadvantages. Most of these cons stem from the fact that they aren’t electric which means that everything has to be done manually.

In order for a softener to be programmable it has to be electrical with a digital screen. You can program this type of softener to regenerate on its own on a scheduled timer. This takes much of the guesswork out of trying to figure out when your softener needs to regenerate.

With a non electric softener, the only way to know when to regenerate your softener is to pay attention to the water and regenerate when it gets hard or discolored. It’s not hard to do this, but it can be problematic if you’re a very busy person who doesn’t have time for regular maintenance.

They are more prone to overflowing

Non electric water softeners and electric ones alike require water to fill the salt tank when it regenerates. Non electric softeners, unfortunately, don’t have electrical capabilities to tell it when to stop filling. It relies instead on a float inside the tank similar to a toilet float.

The danger to this method is that debris or other junk can interfere with the float and not allow it to stop the filling process.

Another con to non electric water softeners is that they can be extremely pricey up front. Electric softeners cost anywhere from $400 to $2000 while a non electric one can cost up to $4,000 with the starting price at a hefty $1,000. They are also more expensive to fix if problems occur because they require specialty parts that cost more.

Electric and non electric water softeners each have their place in the world. Depending on where you live and what you prioritize, either option could be the right one for you. Both options have pros and cons associated with them so the ultimate decision has to be about what matters to you.

If you’re concerned with saving electricity and saving money on your monthly bills, then non electric softeners are right for you. If you don’t want to pay the steep, up-front price, however, then you should opt for the electric option.

Electric water softeners are also handy for situations when you’re very busy and don’t have time for manual regeneration. Because they can regenerate on their own and all you have to do is keep the salt tanks filled, they require much less hands-on maintenance than non electric softeners. It’s also important that you keep a schedule of when regeneration needs to occur with non electric softeners. Failing to regenerate at the appropriate time could result in harmful and dirty water flowing through your water lines.

Do You Need a Sediment Filter for Well Water?

The Dangers of Well Water

Well water is great as far as convenience and taste are concerned, but this convenience comes at a price. Some of the not-so-good ingredients of well water include nasty dirt particles, sand, grit, and other sediment. These things can get into your water pipes and cause some serious damage.

Your water softener isn’t the only appliance that can be damaged by dirty water. Water heaters, washing machines, and your faucets are all at risk of clogging and being ruined by dirty well water. Implementing a sediment filter is one of the best and most surefire ways to keep this from happening.

Everyone is different and every situation is different. If you have hard water that needs softening, the only way to do that is with a water softener. If it fits your needs and your goals of saving money and the environment, then choosing a non electric water softener is a great way to accomplish these goals. How to Flush a Rinnai Tankless Water Heater Does Baking Soda Make Pool Water Clear? How to Clear a Cloudy Pool Menards Water Softener Review: Which One Should You Buy? The major difference between a water conditioner and softener is the way the minerals are removed from the water. A Do You Need A Water Softener? What Are The Alternatives?

If you live in an area with hard water, you’re already aware of the effects of hard water.  The buildup Does Hard Water Affect Tankless Water Heaters? Do You Need a Softener?